Phuket Island, the largest island in Thailand and it is linked to the mainland by a bridge. The island is divided into three districts: Talang in the north, Kathu in the west, and Muang in the south.
So, what comes into the mind of travellers when we talk about sea, sun and sand? Phuket must definitely be one of the answers. A huge number of exciting activities can be found on this island.

Actually  Phuket doesn’t feel like an island at all. It’s so huge (the biggest in Thailand) that you rarely get the sense that you’re surrounded by water, which is probably the reason why Ko (meaning ‘island’) was dropped from its name.
The island's long history has shaped the Phuket of the present with its diverse ethnic groups, culture, architectural influence, and great cuisine. These attributes have made Phuket a complete tourist destination that offers a lot more beyond its natural heritage of sea, sand, forest, and world-renowned diving sites.

Some useful tips:
The beaches of the south coast are typically crowded, while the north is far more tranquil.
There are only two seasons in a year the green season (May to October) and the hot season (November to April). 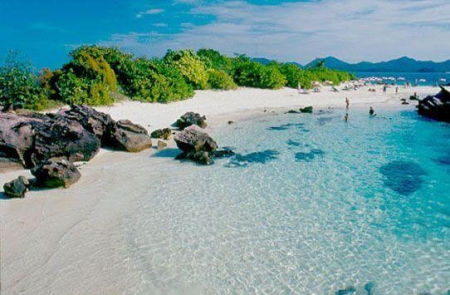